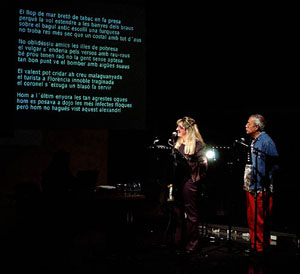 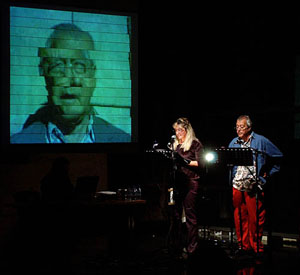 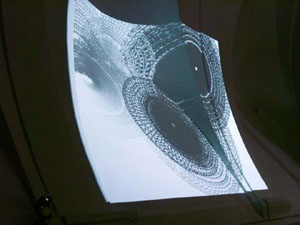 Text work by EsterXargay and Eugenio Tisselli projected on a wall at the "La Central" bookstore.
Barcelona, "La Central", april 2003 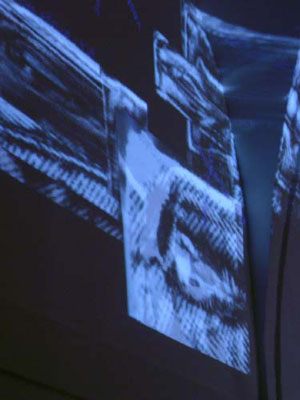 Same as above, a work about buttons...